Deja, Heiline’s Danciera, Dablino FRH, Sanceo, Vitalis, Glamourdale; just a few of the phenomenons that pop up when we talk about the top collection of Global Dressage Auction. Starting the 21st until the 24th of July you are welcome to place your bid on these gems, so turn you own dressage dream into reality and meet the next generation dressage stars.

The team of Global Dressage Auction offers a unique and rare opportunity. The last embryo of the phenomenal mare Deja (s.Silvano) is part of the selection. Ridden by Patrik Kittel she dazzled at the Olympic Games of Rio de Janeiro, the European Championship in Aachen, and the World Cup final in Paris. Her oldest daughter is the Grand Prix mare Diva (s.Richfield), making this unborn foal a half-brother or half-sister of a Grand Prix horse! And we have not even discussed the father of this unborn foal yet. He is no other than the World Champion and leader of the WBFSH ranking Sandro Hit. During the Olympic Games of Tokyo an astounding 8 offspring of his made their appearance in the arena. Do we need to say more?

Foreign influences
As the name Global Dressage Auction already reveals, this auction looks beyond the Dutch borders. Once again, external influences are amply present in this collection. Heiline’s Milliano is one whose name discloses his origin, the Danish Stald Heiline. This stable produced one of the pillars of the Danish team for the WC in Herning: Olympic mare Heiline’s Danciera. Her half-sister Heiline’s Dancenea (s.Romanov) was paired to the Trakhener stallion Millennium to result in the stunning foal Heiline’s Milliano.

Add zing
And there are plenty more renowned names to be linked to this collection. De Niro-son Dablino FRH participated in the Olympic Games of London and obtained team bronze at the WC of Kentucky with Anabel Balkenhol. His full sister Diva is the granddam of the unborn foal by Sanceo out of the mare Valencia (s.Vitalis). Sanceo was one of the horses that added some zing to the Olympic Games of Tokyo.

World Champion
And what about GLOCK’s Johnson TN? His full sister is the mother of the unborn foal by top talent Blue Hors Zackerey. Or the filly Sun Poesie-K van Kattenheye? Her dam is the full sister of the WC horse Dorian Grey de Hus, and her sire is no other than World Champion Glamourdale, who is also on the longlist for the WC of Herning this summer. The expressive mover Socrates is a son of the young Lord Europe, his dam is the half-sister of Grand Prix horse Verdict (s.Ferro) and he originates from the damline of, among others, KWPN-approved Invershin (s.Charmeur).

More info
Browse the 18 foals and three embryos at www.globaldressageauction.com. On the website you will find all (veterinary) information, photos, and video. Would you like to know more about one of the lots? Please do not hesitate to contact Koos Poppelaars via +316 52 46 64 47. Registration for the auction is simple and quick. Bidding starts on Thursday the 21st of July at 12.00 hours and the auction closes on Sunday July 24th from 20.00 hours onwards. 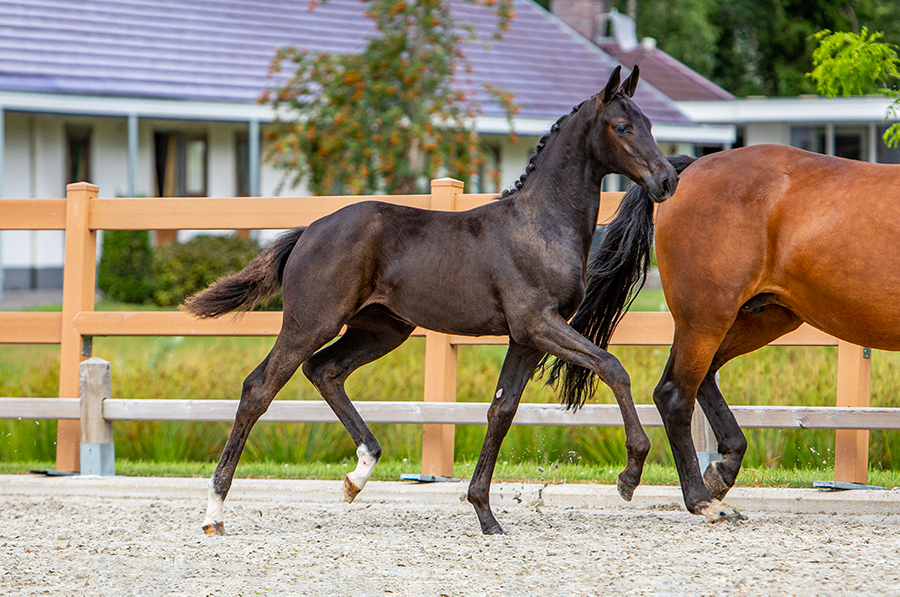