ICSI, ET, auction fees, lots, sexed embryos, frozen embryos. Are you also overwhelmed by all the technical terms at horse auctions? What do these words mean and what are the differences between them? We have listed and explained 15 of the most frequently used terms of equestrian auctions.

At both physical and online foal auctions, foals are sold that have not matured in their biological mother. Furthermore, auctions, including Global Dressage Auction, offer surrogate mares that are in foal to a transferred, genetically interesting embryo. Read the alphabetical list of the most common terms below!

Auction assistants
At a physical auction, the auctioneer is assisted by multiple men and women. The auctioneer cannot keep an eye on all potential bidders on his own. Sometimes there are thousands of people present. Therefore, every assistant observes a part of the audience. If a bid is placed by someone from the stand assigned to that specific assistant, he/she notifies the auctioneer. This often happens by turning on a flashlight and a loud call.

Auction fee
The revenue model of an auction is the commission they receive over the auctioned lot. Usually, the buyer pays a percentage of the auction price, as does the seller. This commission is called the auction fee.

Embryo
An embryo is the result of a successful fertilisation of an ovum with a sperm cell. When we speak of the development of a foal, we start at day 0, the moment of fertilisation. Then a number of cell divisions take place. After approximately six days, cells differentiate into an outer layer of cells and an inner cell mass. This is also the stage in which the embryo moves from the fallopian tube to the uterus. This is important to know, as from this moment onwards it is possible to flush the embryos for embryo transplantation. In embryo flushing, the egg is fertilised in the donor mare itself and then flushed from the uterus, after which it generally is implanted in the surrogate mare immediately.

ET
In embryo transfer (ET), an embryo is transferred from one mare (the biologic mother / donor mare) to another mare (the surrogate mare). Letting the foal mature in a surrogate mare, in other words embryo transfer, is a solution for owners of mares with physical problems or mares that perform well in sports. This technique is also gaining popularity for genetically interesting young mares.

Frozen embryos
Both embryos acquired via flushing and ICSI can be frozen. A frozen embryo will be stored in liquid nitrogen as long as necessary and can be thawed at any desired moment. A frozen embryo is therefore not yet placed back in a surrogate mare. During an online auction it is always indicated whether an embryo has yet been transferred to a mare or not.

Hybrid auction
If the auction is hybrid, it means it is a physical auction that also allows for online bidding. So, there is an auction venue with an auctioneer, but people can also follow the auction via livestream and place a bid online. The auctioneer will be notified of these bids via a screen.

ICSI
In ICSI (Intracytoplasmic sperm injection), eggs are retrieved from the donor mare. These eggs will mature outside of the body of the donor mare. Then, a single sperm cell is injected directly in the cytoplasm of the egg. What distinguishes ICSI from embryo transfer is the irrelevance of the cycle of the donor mare and that scarce sperm can be used efficiently. The eggs are preferably retrieved outside the breeding season. The breeder is thereby not dependent on the cycle of the mare. This is particularly beneficial for mares that have a career in sports as the moment of egg retrieval is not bound to the breeding season.

ICSI straws
ICSI makes it possible to have multiple shots at an embryo from one sperm straw. The straw can be cut into small pieces as these contain enough sperm cells to inject and fertilize multiple retrieved eggs. Not every straw of sperm that is offered in an auction may be used or is suitable for ICSI.

Knockdown price
During an online foal auction, multiple people place their bids. However, when the auction closes only one person has the highest bid. This is called the knockdown price. The price for which the auctioned foal or embryo is sold.

Lot
A lot means that something is auctioned in one group and therefore sold for one price. This can thus also be a group of one product/service. Or it may be five paintings together, for example. The term lot is used in virtually every (online) auction.

Outbid
When another bidder places a higher bid than yours, you are outbid. You are no longer the highest bidder for this lot. You then have two options: you let the lot go. Or you take revenge!

Reverse bidding
The most common bidding process is the regular bidding, in which buyers place increasingly higher bids until the close of the auction. However, there is also such a thing as a reverse auction. We see it often in the racing sports. The auctioneer starts with a high opening bid and lowers it with fixed steps until someone accepts that bid. You can compare it to an auction clock at a flower auction.

Sexing the semen
In horses, the sire determines the sex of the offspring. Via various separation techniques it is possible to select the sperm that will conceive male or female progeny with reasonable certainty. This is called sexed semen.

Surrogate mare
In the process of embryo transfer, an embryo is transferred to another mare. This surrogate mare will then carry the foal to terms and nurse it. A surrogate mare is often rented, after weaning the foal, the surrogate mare goes back to the owner and/or fertility clinic. It is also possible to use an own mare as a surrogate or buy a surrogate mare. The terms and possibilities may differ for each auction.

Hopefully we have cleared up some of your questions. The Global Dressage Auction is known for auctioning genetically interesting embryos and dressage foals. The next auction is scheduled from the 19th until the 22nd of June. For questions about the selection and/or signing up embryos and foals, you can contact us here. 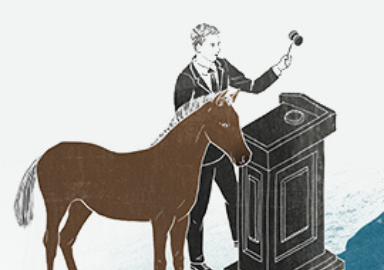 What are the advantages of buying a foal online?
Scroll to top